Skip to content
This quick review was provided by Gaye, who is allergic to gluten and chickpea.

I went to Fairfax Fare with interested hopes, as I had read of someone else having a hot dog, GF hot dog bun, with barbecue pork on top. But when I spoke to the chef, he said I could not have anything but a plain hot dog and GF bun. He had the book out, flipping through it very fast, and mentioned I couldn’t have the barbecue. I think this was in error–the book has the allergens in large letters in little colored blocks, beside each food, and I did NOT see gluten listed as an allergen for barbecue. But the chef was in a large hurry, AND seemed very confident of what he was saying. He also had the attitude of “I’m not giving you anything I don’t think you should have.” So I told him I wouldn’t eat there…and ended up not eating anything, because it was time sit down for Fantasmic.

If you would like to review Fairfax Fare or any Disney restaurant, submit a food allergy dining Quick Review. 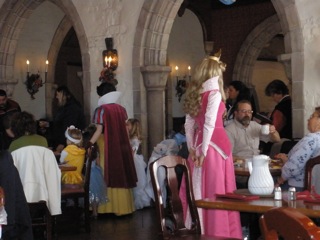